Houses for Gene Autry (the town, not the singing cowboy)

In early March I started doing base scenery for Gene Autry, but I encountered a problem with the "dirt" that I was planning to use. (That story is told on my GC&SF FB page )

While pondering what to do about that problem, I decided to build a couple of houses for my Gene Autry folks to live in. I asked my technical advisor Doug (who grew up in Gene Autry) what colour they painted their houses back in the '60s. Doug told me, "White, the rich people had bricks."

So, armed with that information, and some photos from Doug and the internet, I constructed these two houses. 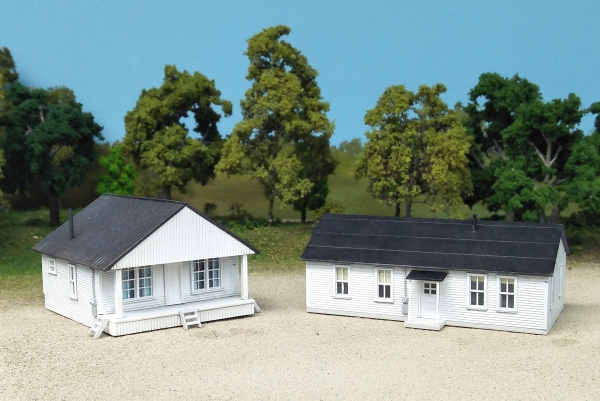 Note that these houses will not be sited in the location shown in the photo. The one on the left is also shallower than it would otherwise be, because these will fit against the backdrop at Gene Autry, where I don't have a lot of depth.