Ever since my early teens, when I was running Tri-ang OO scale stuff, I've been strongly interested in switching (or "shunting", back in those days). In fact, one of the things that drew me to N scale was the ability to pack more switching into any given space. It should therefore be no surprise that my GC&SF layout was designed and built with switching operations in mind.

The trade-off that I made in order to maximise the switching opportunities at each town was to reduce the running distance between the towns. I'm pretty happy with that trade off as the switching locations are for the most part isolated from each other. However, when you're switching at the end of the two peninsulas, it is possible to see part-way into the next town. By that, I mean that if you're switching Johnstone Construction or the stock yard at Davis, you can see the loading racks at Wynnewood Refinery (and vice versa.)


The following photo illustrates what I mean. I also don't like the fact that you can see both ends of the train as it does a >180 degree turn around the end of the peninsula. 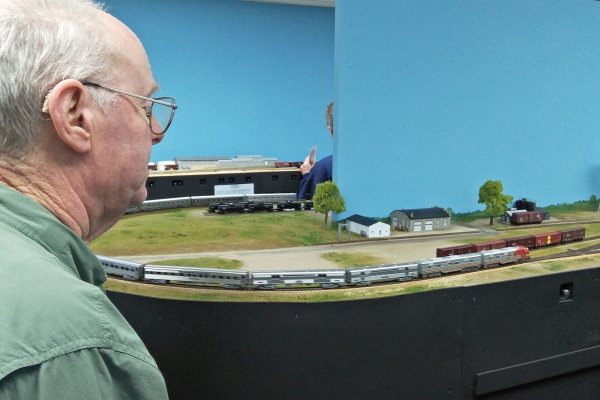 It has always been my plan to use trees as sight screens to disrupt that view, and over the past two days I've been planting trees at the end of the Wynnewood-Davis peninsula to test that idea. The following photos were taken at eye-level (for me): 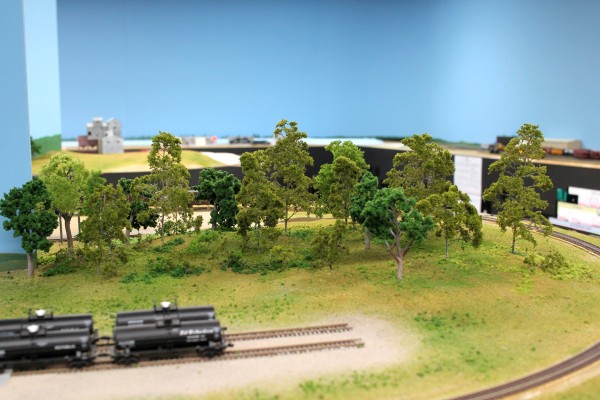 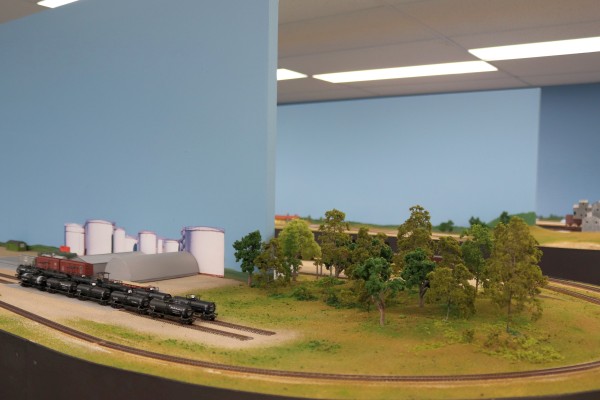 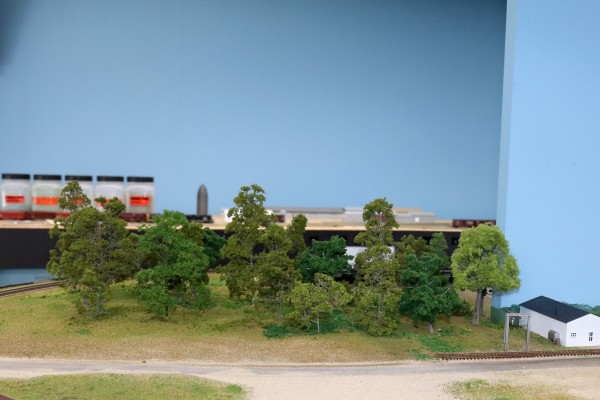 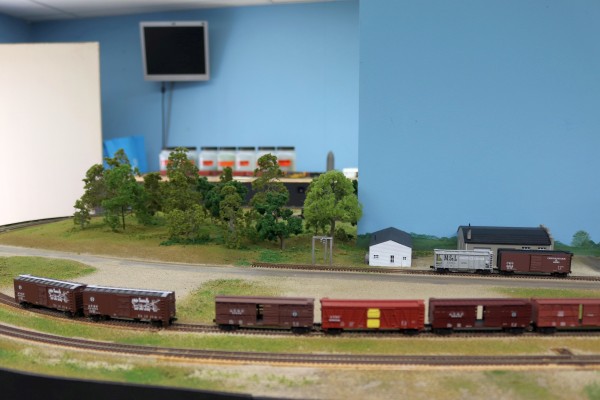 This stand of trees seems to do a pretty good job of interrupting the view to the other side, but I want to add more trees closer to the tracks, and in that patch of grass at the end of the siding that the two box cars are sitting on, to hide the curvature of the mainline track a bit better.