Here are some of the photos that were taken during the GC&SF ops session held on Friday 13th July.

Is Friday the 13th unlucky? It certainly was for John F. who featured in every disaster we had for the evening. They weren't John's fault ... but we still blamed him anyway.

In this first pic, Ron and Noel are discussing a train in staging, while John C (yard operator at Ardmore) and John F are working a north-bound freight train. 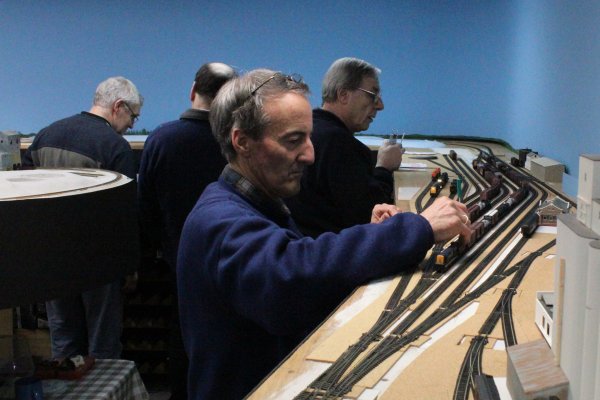 Brendan and Vic operating the Pauls Valley yard. Noel is watching as Dennis is switching at Wynnewood. 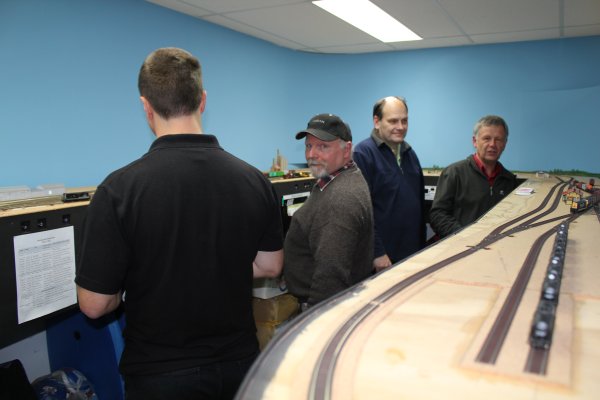 Rod (in the back) is running a passenger train while Barry and Greg watch. 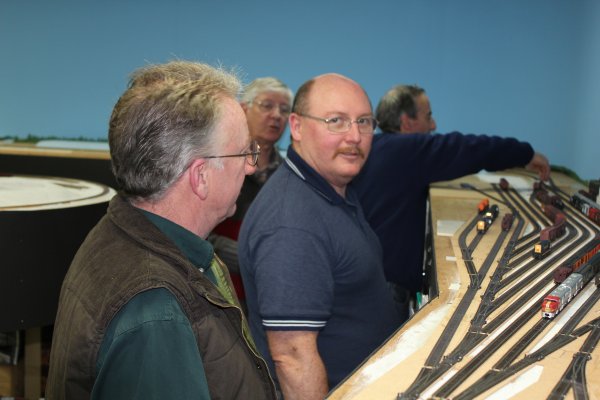 Charlie is running the Ardmore local, and is switching some cars at Dougherty. 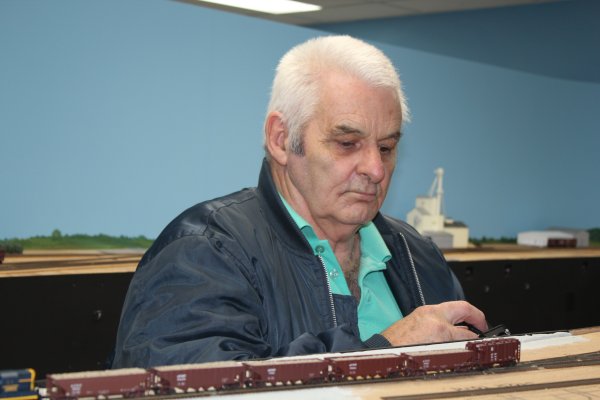 John F, Brendan and Vic contemplating what has to be done, while a north-bound train load of tank cars passes through town. 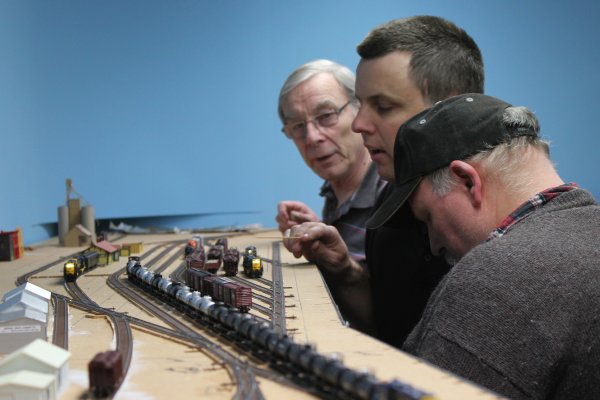 Dennis, operating the Pauls Valley local freight, waits for an extra driven by Rod to clear the main. Ooops ... Dennis has just discovered that the battery in his wireless throttle has died, while John F was driving a train through town. 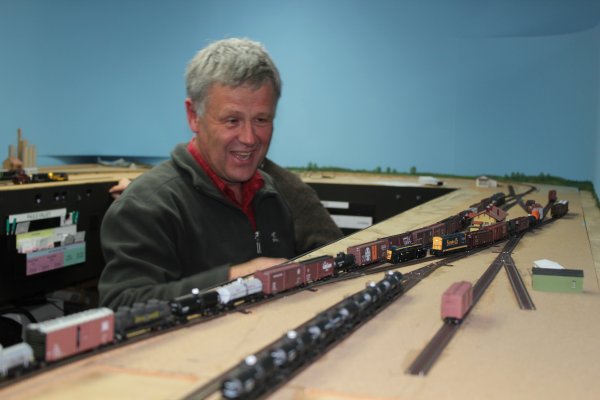 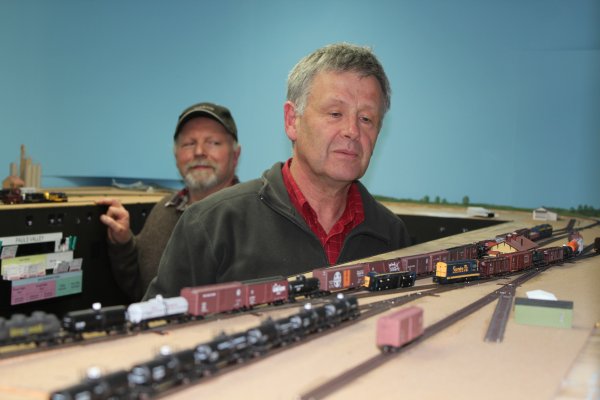 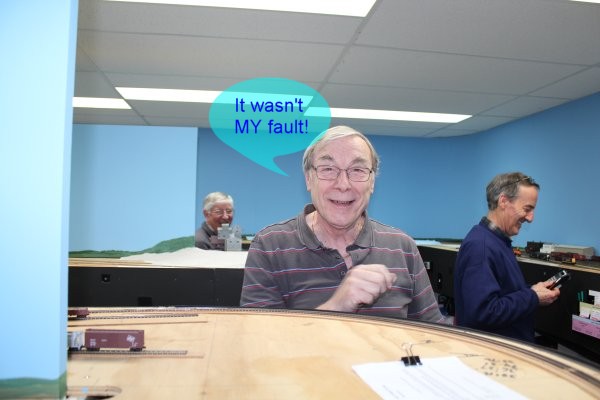