Rod came over this afternoon and painted some distant hills and trees on the backdrop behind the hill I recently created at the end of the aisle between Davis and Dougherty. As you can see in this photo, Rod does very nice work: 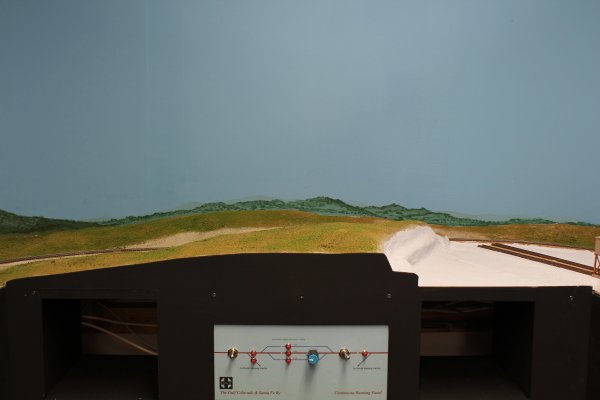 Rod also did some more work on the backdrop scene that represents the hills behind the Dolese Bros. quarry at Big Canyon. 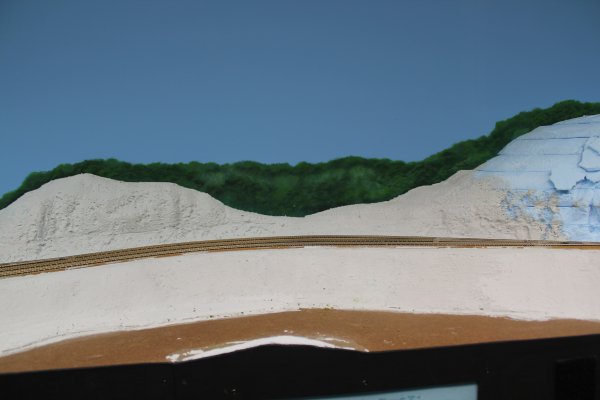 Thanks Rod. This is greatly appreciated.

Regards to all, and thanks for reading,
Ron

Email ThisBlogThis!Share to TwitterShare to FacebookShare to Pinterest
Labels: scenery

Over the past few days I've been working on the base scenery around my township of Dougherty. Here's a photo showing how it is coming along: 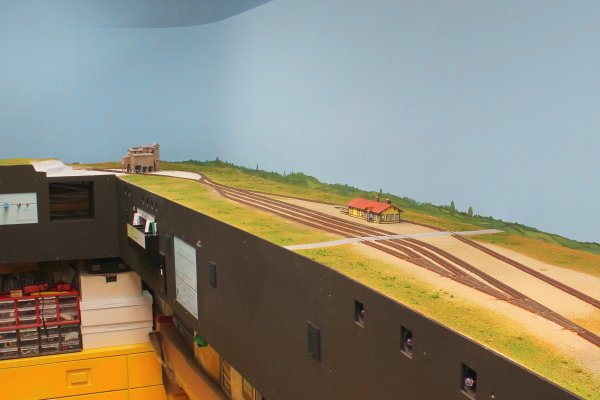 I envisage that the area between the tracks and the backdrop will be moderately wooded, with relatively short scrubby trees, reflecting the wooded hills to the north-west of Dougherty. I want the area on the aisle side of the tracks to look like overgrown, somewhat neglected pastures. The real town of Dougherty has a small commercial centre and residential area spread out behind the depot. Someday I might get around to trying to represent that area, but for the time being it will have to wait.

Although I didn't know it when I laid out the track for this town, my track arrangement is not too far from reality, as shown in the following image from Google Earth: 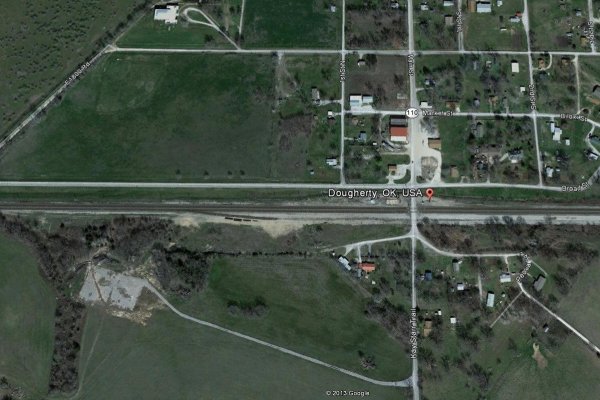 The depot was moved many years ago, but its concrete foundations are visible just below the letters "OK".  I have the mainline and three sidings on the river (aisle) side of the depot, and the house track running behind it although mine should be double ended. Also visible in the lower left-hand corner are the remains of what appears to have been a wye that once stood at Dougherty. I have no information on when that was removed.  (I have placed Southern Rock Asphalt in that location, but I don't actually know where it was located relative to the town.)