I called the crew together to run the GC&SF again last night. A few of the guys couldn't make it, but we still had a starting crew of eight, which is enough to operate with a 6:1 fast clock.

Overall, everything went very well, although we had several problems with passenger cars separating. Many of my passenger cars have MTL trucks that I bought way back in the '70s, and they don't have the reverse-angle draft gear knuckles. They've been troublesome for quite a while, and I think that the time has come for me to do something about them.

Before the session started we had a show-and-tell from John C., who brought along his sound-equipped BLI PA locomotives for me to test out on the layout. The BLI PAs are the most accurate N-scale models of ATSF PAs available, but they don't pull as well as my LifeLike models (but then, what does?).  We cranked the sound right up (too loud, really), and were all very impressed by both their appearance and their sound. I have a few matters to look into, but it looks like I might get myself a BLI PA/PB set.

Here are some photos from the night. This is Darren collecting cars at Davis before making the run to Pauls Valley. 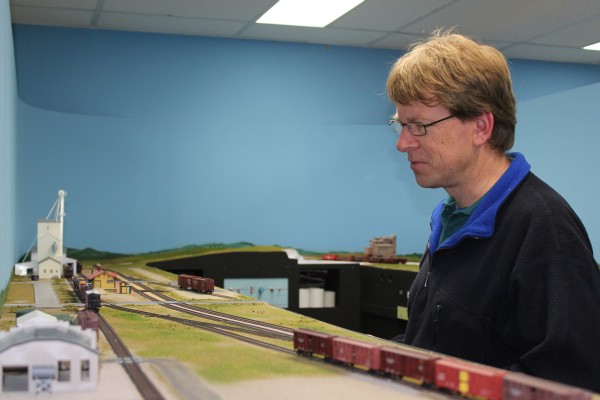 John C. (yard operator at Pauls Valley) is cutting the way-car from a southbound fast freight operated by Barry, before adding some freight cars: 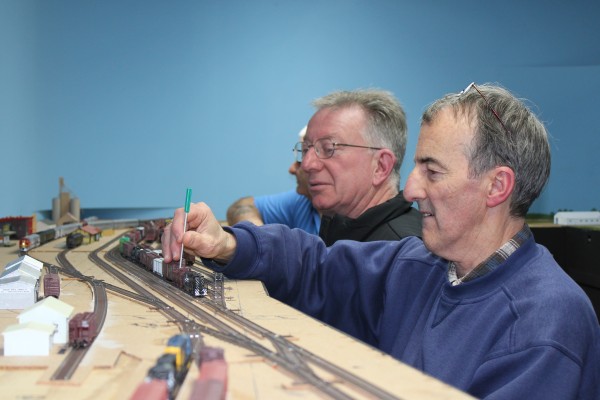 Brendan is switching empty gondolas for loaded ones at Dougherty: 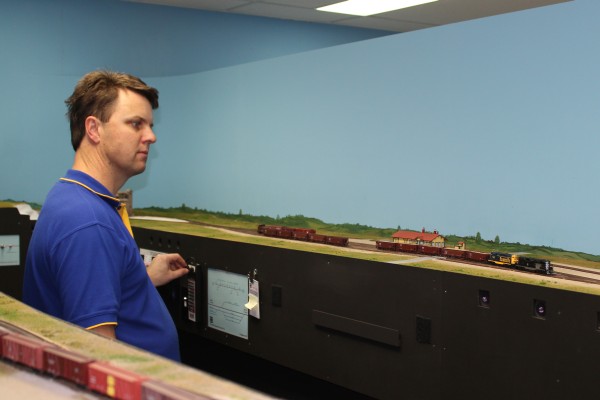 Vic is running the southbound "Ranger", which is being pulled by John C's PA/PB/PA lashup: 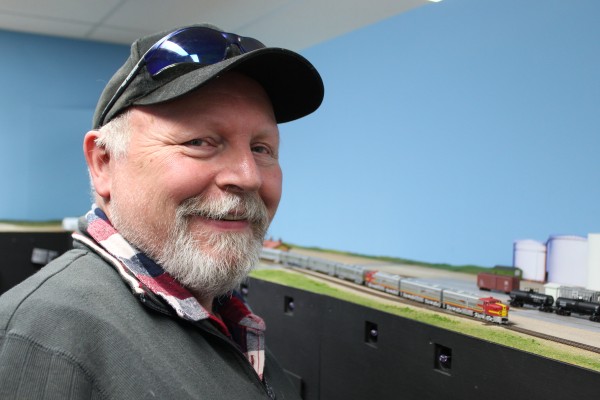 We were all impressed by how well these BLI locos looked and sounded: 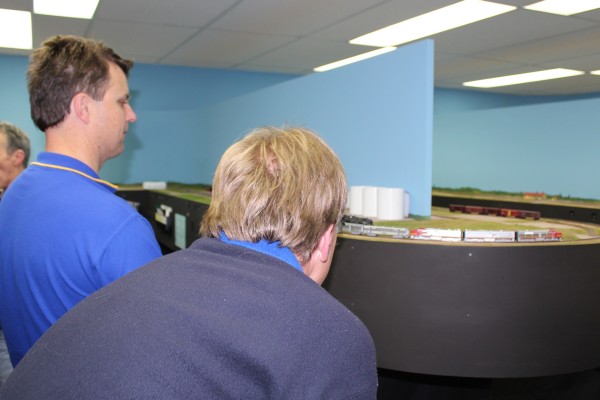 So impressed, in fact, that I now have a PA and PB (both powered) on order.

Greg (yard operator at Ardmore) is switching cars while a northbound train of tank cars awaits the arrival of the southbound "Ranger". 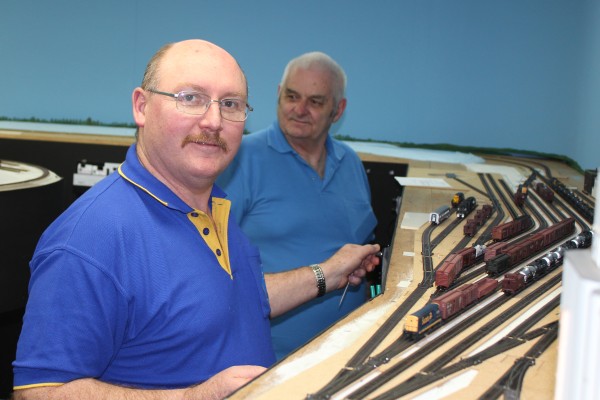 Charlie's tank car train is sitting on the main track at Wynnewood waiting for the southbound local operated by Darren to complete some switching moves. When Darren has finished, Charlie has to swap some tank cars at the Kerr-McGee Refinery. I think it was another great session, and I'm really enjoying seeing the GC&SF operated the way I intended. Thanks guys for coming over. The next session is scheduled for mid-October.