Last night we held another ops session on the GC&SF.  Apart from a few very minor glitches, the session  ran very well.  We operated the fast clock (Stan's Fast Clock) at 5:1 ratio, and managed to run all but one train to schedule. I originally planned to operate only the morning session of the timetable, but things ran so well that we started on the afternoon session as well.

Although the GC already has a wireless DCC system, on the night we also trialled the use of WiThrottle coupled with both iPhones and Android phones for throttles. The guys who used smart phones for throttles seemed quite pleased with their performance, but whether they'll use them in preference to their dedicated Digitrax throttles has yet to be seen.

Barry running the local out of Ardmore. Here he is doing some switching at Dougherty: 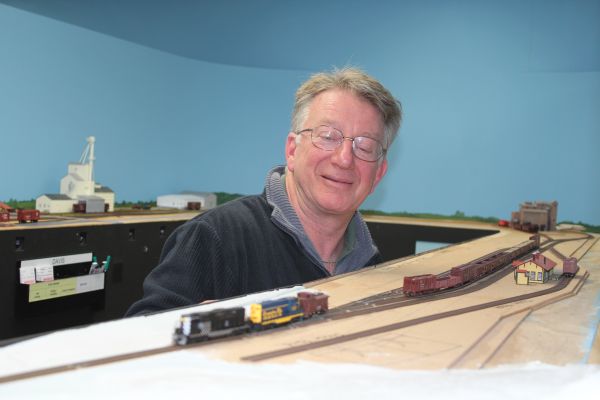 Dennis is running the morning north-end local, and has just left Pauls Valley on his way to Davis: 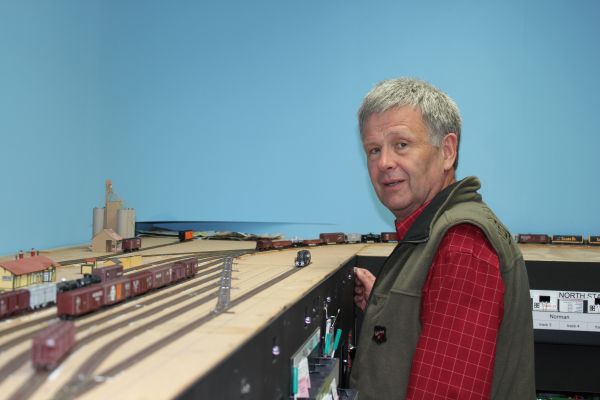 Charlie is delivering some propane cars to the refinery at Wynnewood. We're not exactly sure why the rear of the train is in the siding at Martin Fertilizer: 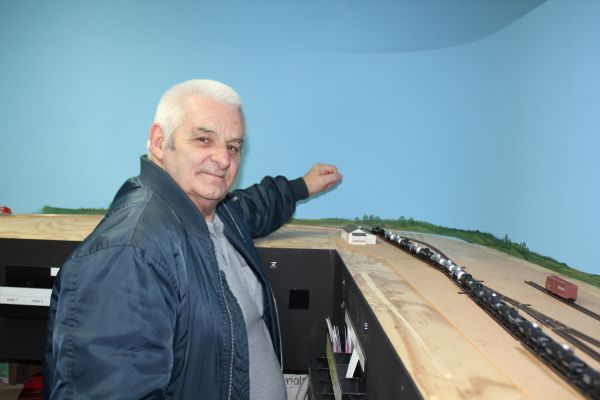 Vic and John C are the yard crew at Pauls Valley. Here's Vic switching some cars at the elevator: 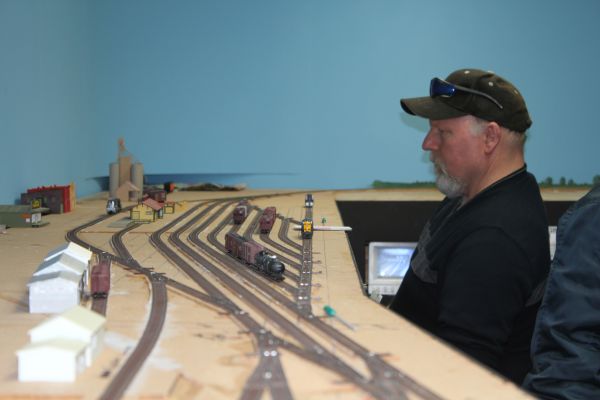 Brendan operating the yard at Ardmore using his iPhone: 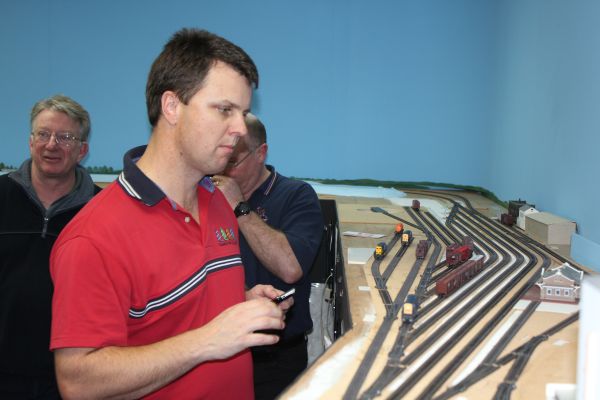 Dennis (middle) was switching Davis when a stock extra (driven by Rod on the left) arrived from the south, and a passenger train (driven by John F) arrived from the north. As the stock train was a little too long for the siding, and the passenger train only just fitted, some careful maneuvering was required for the trains to pass. John is using his Android smart phone as a throttle. 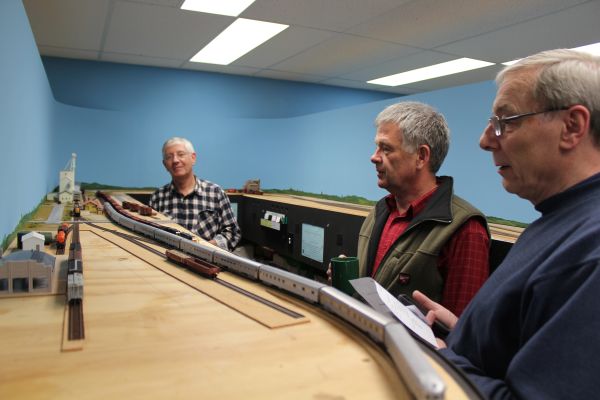 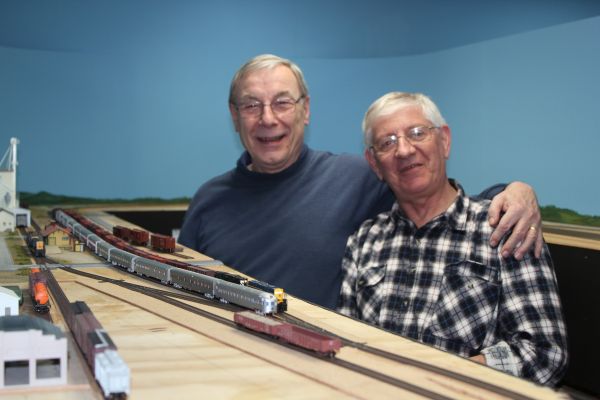 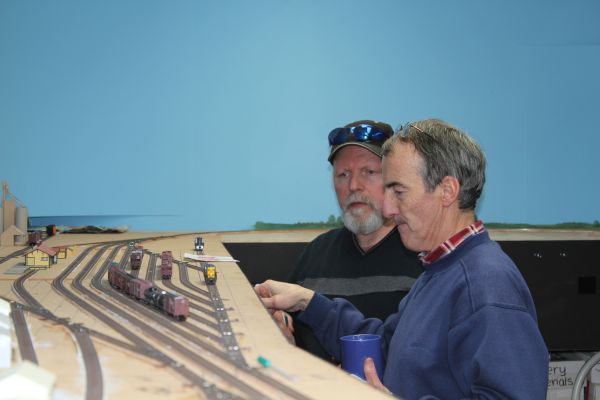 Charlie has gone for beans, and Rod has just delivered his stock cars to stock pens at Pauls Valley.  Pauls Valley yard crewmen John and Vic smile for the rail fan with the camera. 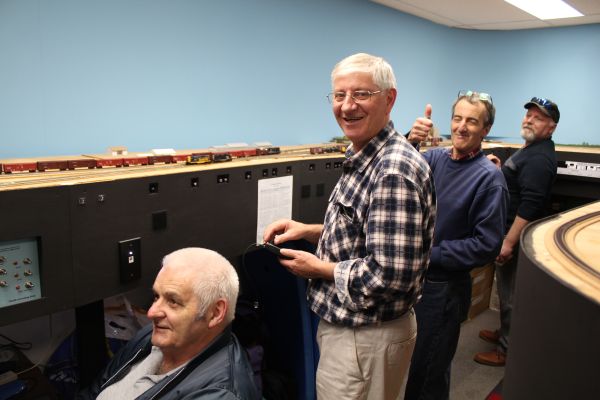 John F is building the afternoon local prior to departure from Davis: 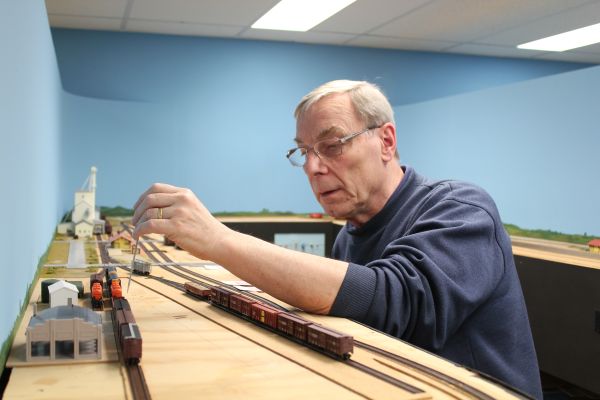 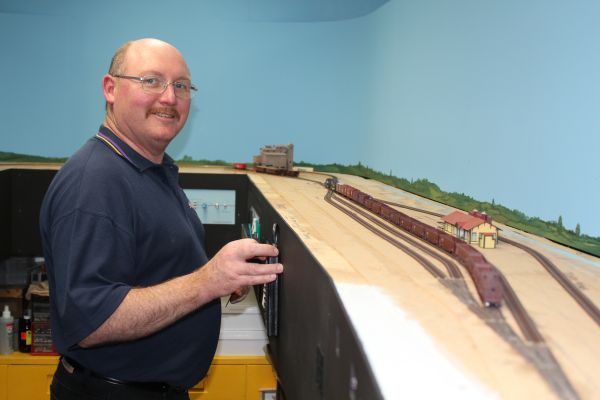 My thanks go to all who came over last night to run the layout last night, and make it one of our best sessions.
Posted by Ron McF at 12:51 No comments:

A friend recently gave me an unwanted Android smart phone to play with, and this evening I pulled out my spare WiFi router and set up a network in my trainroom so I can try out the free Android "Engine Driver Throttle" JMRI application. 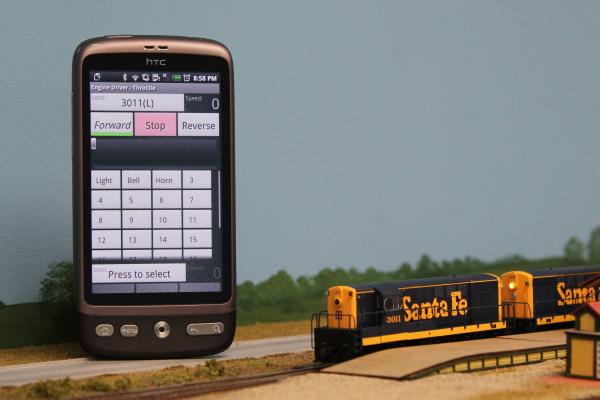 I'm very impressed with this bit of software, which is easier to install and configure than I had expected. Selecting and releasing locos is very easy - probably easier than on my DT402D. I haven't yet tried any of the advanced functions such as consisting, but I'll give that a go over the coming weekend.  (Edit: As it turns out, the "advanced features" are very limited. Consisting is possible, but only in elephant style.)

The JMRI web page for Engine Driver Throttle is here.

More information and the software can be obtained from here.

Note that Engine Driver throttle is for Android phones.  For devices running iOS, you can use WiThrottle (which is not free) or WiThrottle Lite (which is).

What a great way to extend the life of an unwanted smart phone.


The latest version of Engine Driver allows three locos to be selected at once, and offers better consisting capability.  I just tried out this latest version and had three trains running around the layout at once using my smart phone. It's kinda neat being able to run three trains from the one hand-held device.

I also tested out the improved consisting capability. You just keep 'acquiring' the locos on the same throttle, and when you're done the s/w allows you to specify which loco is "lead" loco (it defaults to the first selected), and to specify the direction of travel of each loco. You can add extra locos by 'acquiring' them as you want to.  I didn't think to test how to remove a loco from the consist, or how to change settings such as the direction of travel of individual locos, once you've built the consist. Perhaps the worst negative was that when you release the top loco the consist is lost.

Anyway, this piece of software is certainly evolving in the right direction - and it's FREE!!

Rod came over this afternoon, and we started on the scenery for Davis.  Well, actually, Rod did most of the creative work, while I made the tea, got the biscuits, etc...

Here's Rod taking a brief break to smile for the camera: 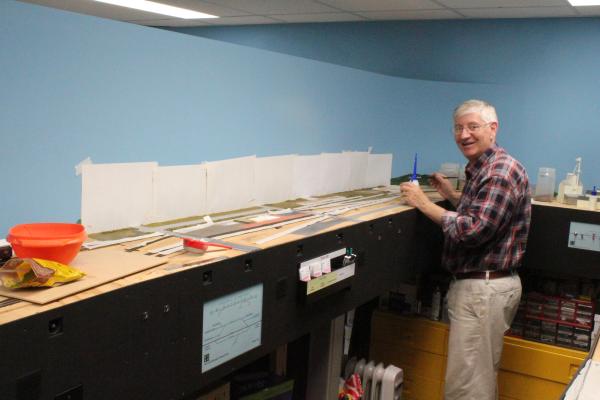 Here's how it looked when we knocked off for the day: 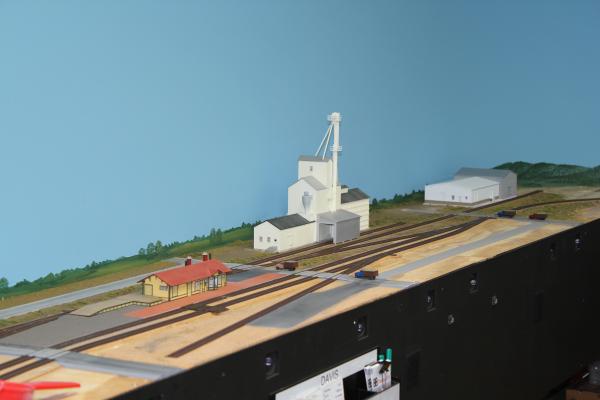 There's still a lot more to be done before those grain-loaded trucks can make their deliveries to the elevator.

That's it for today. Thanks for looking.