No house, no layout, but still operating...

Last Friday the crew got together to "haul grain and other commodities across Kansas and Oklahoma" on Rod's SFRSD layout.  In between running trains and talking to the other guys, I found time to try the photo-taking capability of my new (*to me) android phone.  I did a bit of editing (mostly straightening and cropping) in IrfanView, and here are the best images: 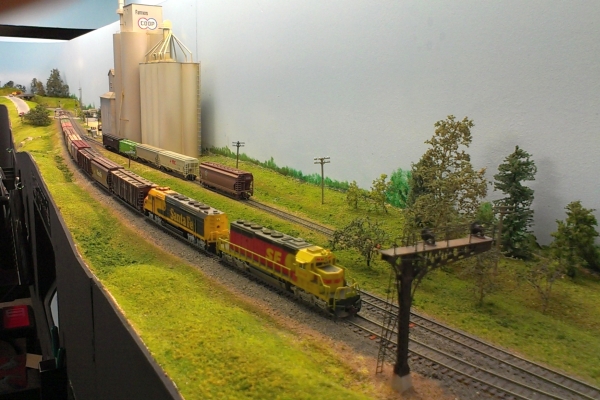 (Above) My train waiting on the siding at Red Rock for the green signal to proceed to Perry. 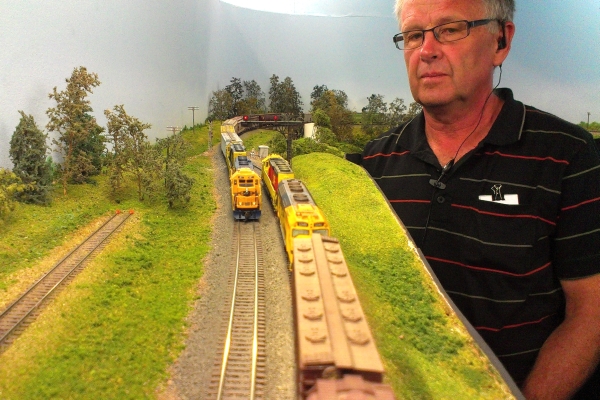 (Above) The reason for my wait - an opposing train driven by Dennis. 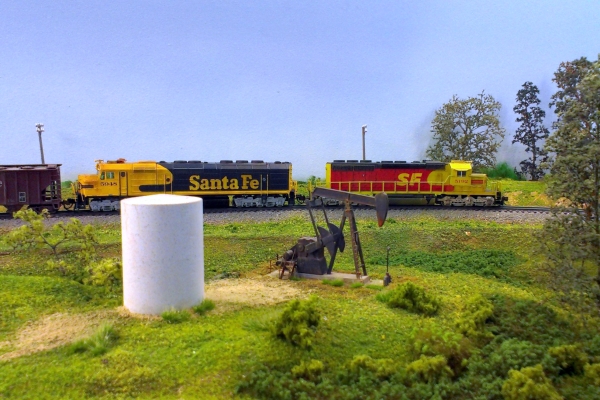 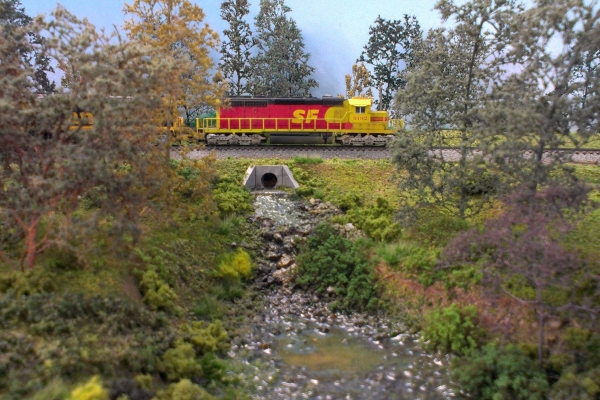 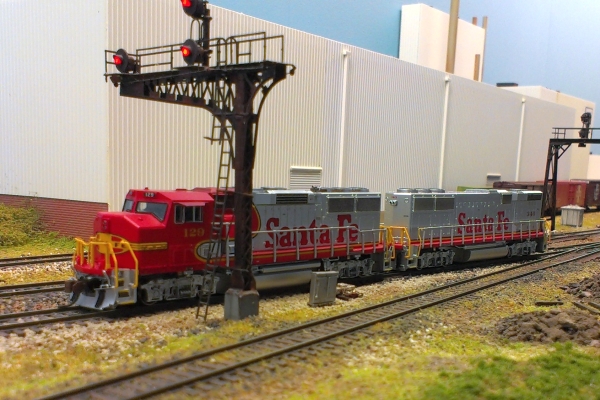 (Above) Meanwhile, over at Flynn yard, a pair of GP60s is making a racket. 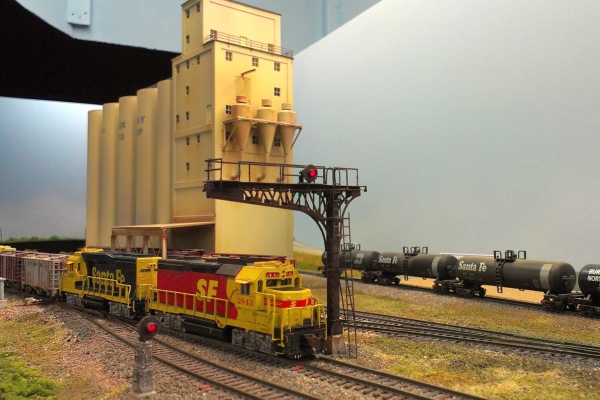 (Above) A train passing the big elevator at Ponca. 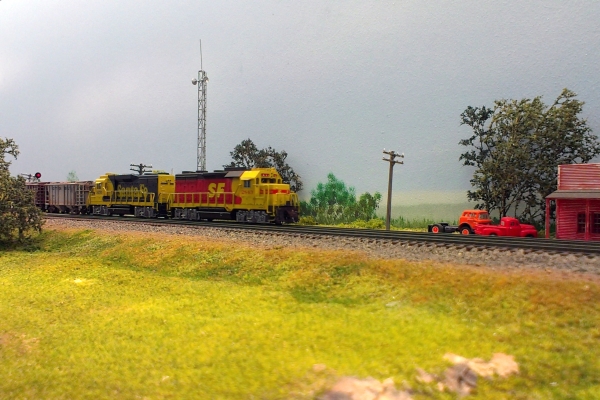 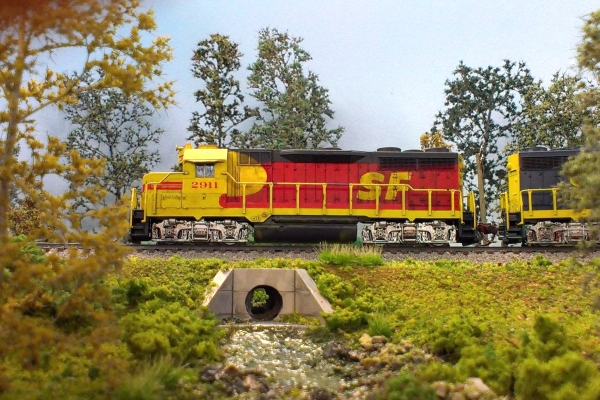 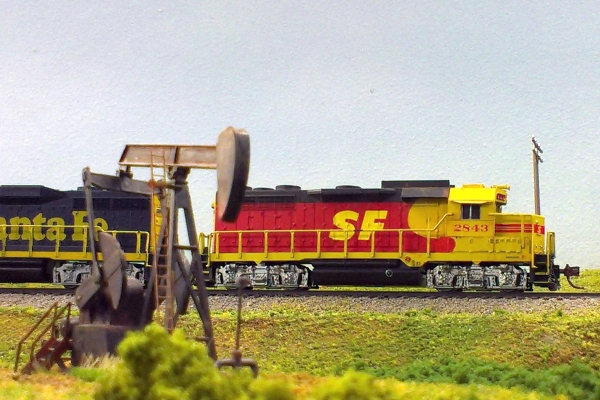 (Above) Scenery between Red Rock and Perry. 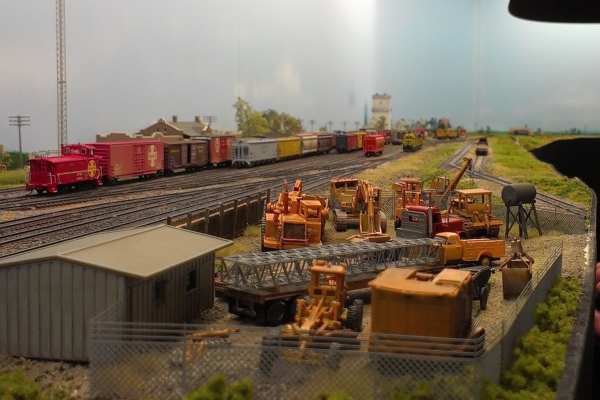 (Above) Earthmoving and construction equipment stored near Augusta yard. 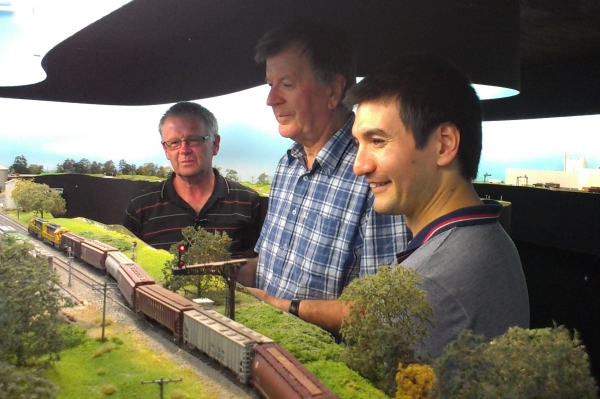 (Above) Dennis (left) watches as Rob and Paul prepare to do some switching at Hackney. 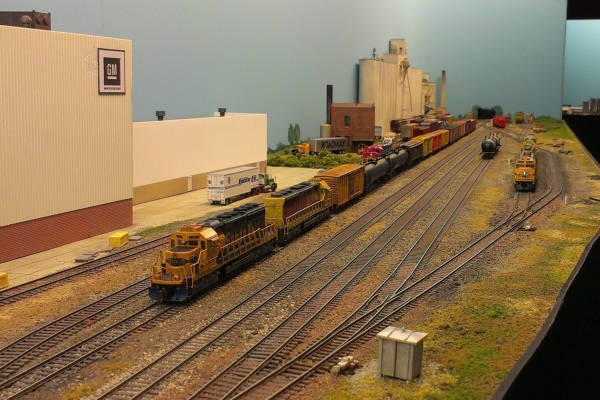 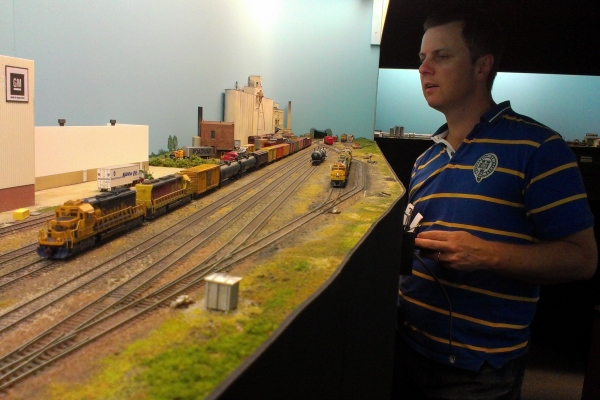 (Above two) Flynn Yardmaster Brendan (who models the D&H) has just prepared a train for departure. 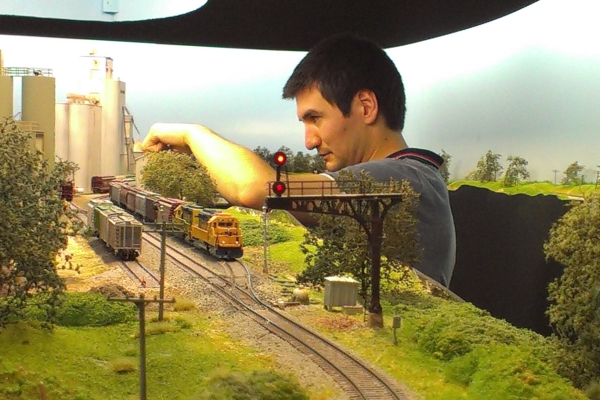 (Above) Paul switching at Hackney.  Errmm ... wasn't the train facing the other direction a few photos back? 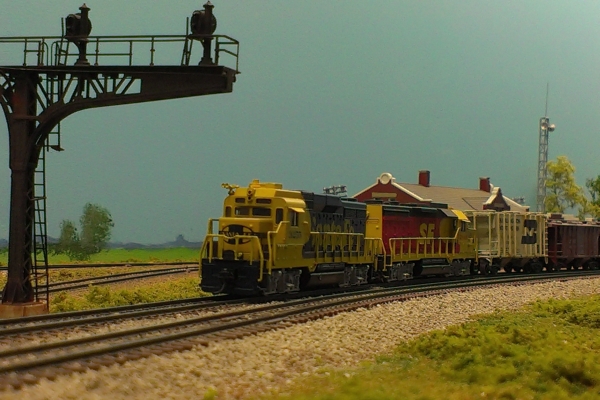 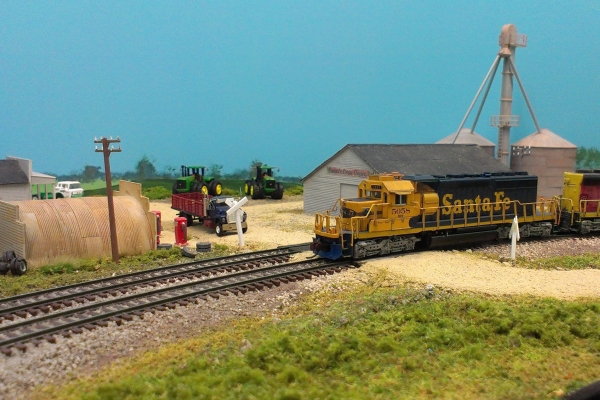 (Above two) Action near Guthrie.

I'm quite pleased with the way these pictures came out.  But, of course, it helps to have a very nice layout as the subject, and a great host who doesn't mind if you park your train on the mainline to take some photos. (What's that Rod?  Yeah, yeah, I'm getting the #%$& out of here.)

Thanks for a great night, Rod.

(* My "new" phone is actually Beth's old phone which she gave to me when she bought a new one. No point in wasting my money on a new phone when I can waste spend it on freight cars instead.)
Posted by Ron McF at 22:43 1 comment: