Now you see them. Now you don't.

It has been two months since our last operating session on the GC&SF. The layout has been restaged and ready-to-go for most of that time, and I was hoping to host a session this evening.  However, family matters have intervened and I lost that opportunity.

On the bright side however, I've been able to spend some time working on structures and scenery for the Wynnewood area of my layout.  In particular, I've been making trees.

The title of this post comes from the fact that the structures I've been working on most recently have all been demolished since I built my models.

This first building is for Martin Fertilizer: 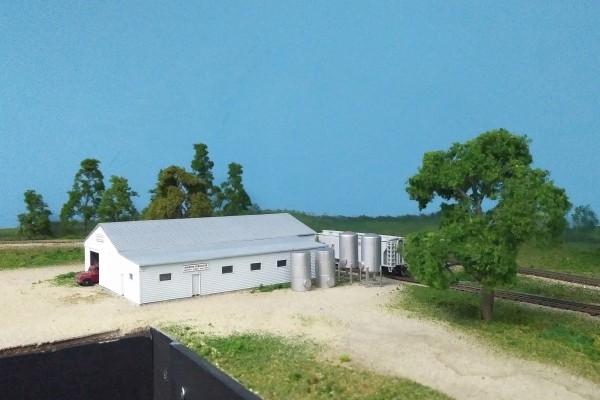 I don't know whether this structure existed in 1960, and it is not shown on the 1942 Sanborn insurance map.  The building looked like this when I built my model, but not long afterwards it caught fire. A few years later the remains were demolished, and all that's left now is the concrete slab. 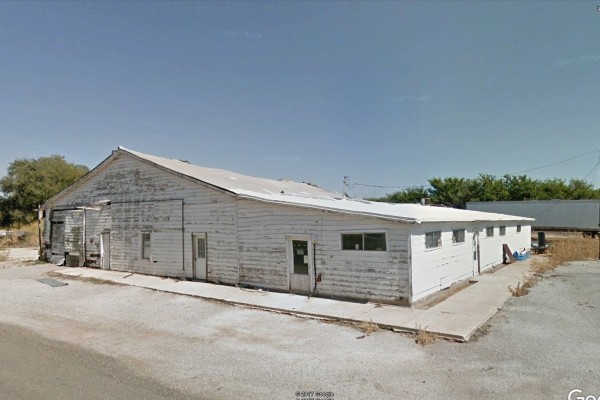 Google Earth imagery showed a large door on the rear of the building, that backed onto a double-ended siding, so I assume that at one time the industry here was served by rail. At the time of this photo, the occupant was Martin Fertilzer, and that's the name I've gone with.

These next two structures were inspired by real buildings that were located near the railroad tracks but were not rail-served. Both are shown on the 1942 Sanborn map. The first is a public weigh-station, and the second is a small feed-mill. 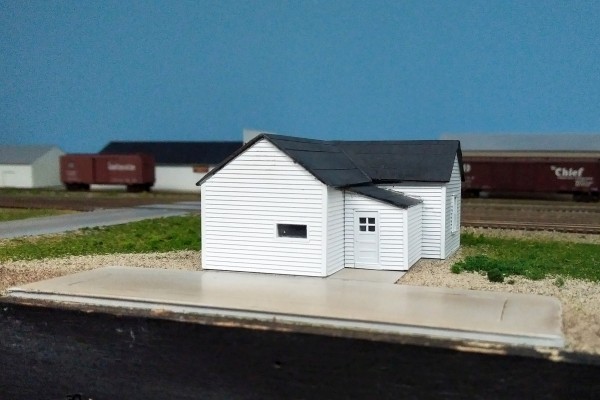 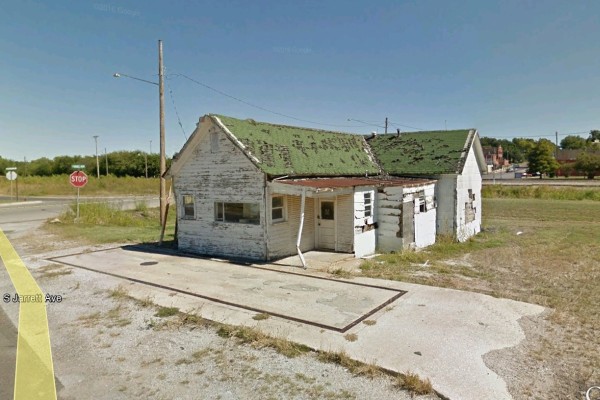 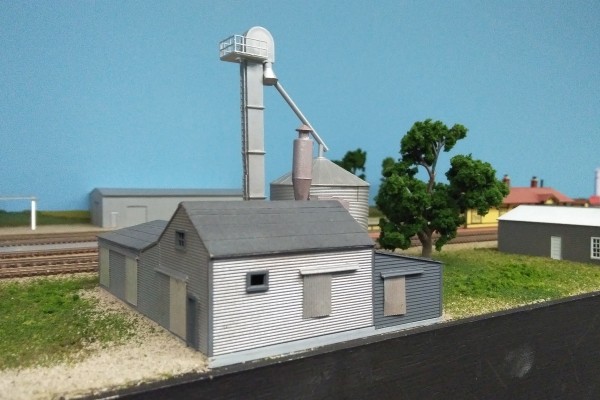 This afternoon I tried to download a photo of these two buildings from Google Earth Streetview, only to discover that the latest Google imagery shows them both to be gone.

The weigh-bridge building is visible on the left-hand side of the followings photo of Wynnewood station, showing just how close it was to the railroad. The siding that the tank-car is sitting on continued to the right, passing the rear of the building that was Martin Fertilizer. 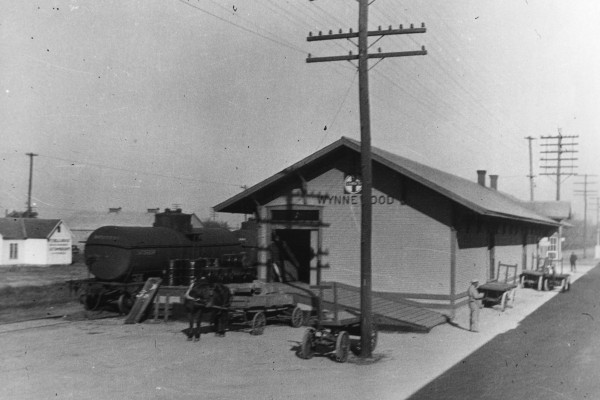 This last building was not located near the tracks at all, but I've liked it ever since Rod took some photos of it when he, John C and Vic visited Wynnewood back in 1998. For some reason, two sides of the building were clad in red-painted timber, and two sides in corrugated metal sheeting. I didn't have any reddish paint in a  spray-bomb when I painted my model, so I used dark grey instead. Unfortunately, the grey "timber" and silver "corrugated iron" appear to be the same colour in my photo. Someday, I might repaint the grey sides in red. 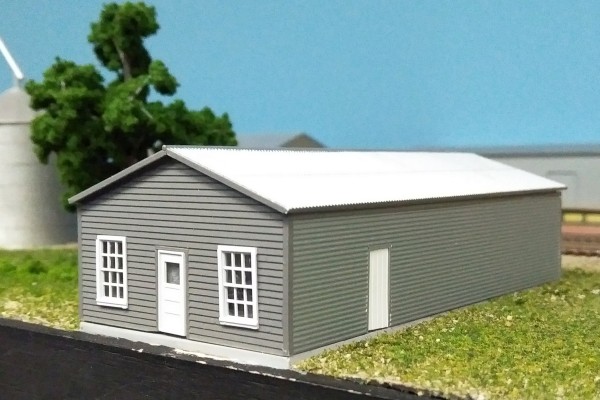 These three buildings are located right on the edge of the layout where they're likely to be bumped by operators, so I'm reluctant to add too much detail to them.

I've also been learning to make trees using Scenic Express SuperTrees and plastic tree armatures that I bought on ebay. Some of my trees are visible in the photos above, and I have several more batches to "plant". 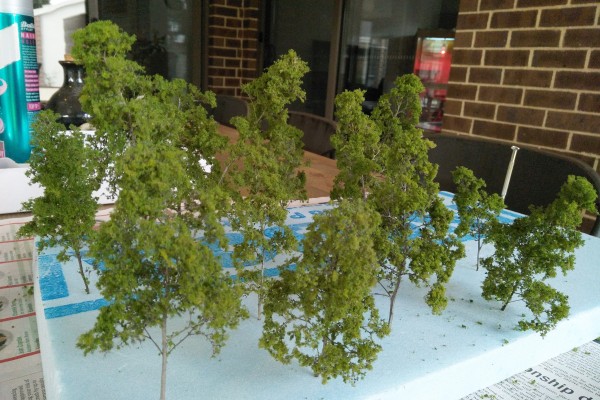 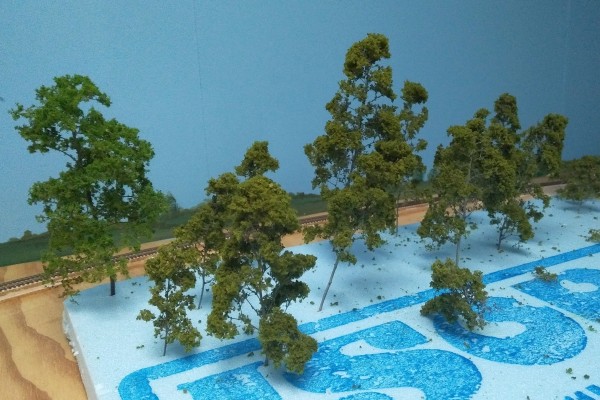 Thanks for looking. And thank-you to Rod for the photos.