Today I painted the rail at Davis.  Before picking up the brush I did some research into what other modellers do to make their track look more realistic. I was tempted to try painting the ties and rail in the secondary track differently to the mainline track, to represent the fact that it received less maintenance. I finally decided that I should learn to crawl before I try walking, and left the ties alone.

After considering and trying several options, I brushed Floquil Roof Brown on the sides of the rail.  It didn't go on as thick as I would have liked, but seemed okay at the time.  Now that I look at the photos though, I think it needs another coat. 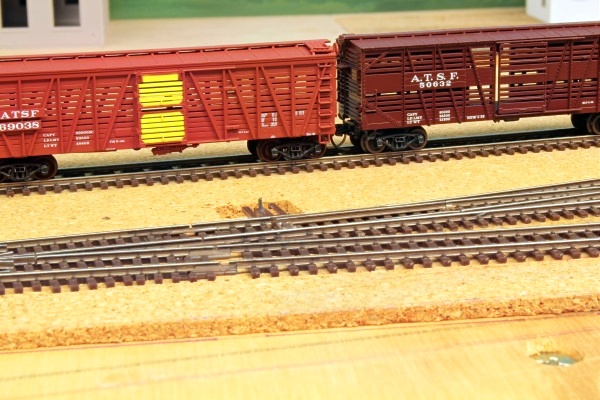 The plastic rail joiners in the photo were installed when my layout was still operating on DC/cab-control. I plan to rewire the two turnouts in this photo as I did with the ones here, and when I do that I will also replace the plastic joiners with metal ones.

Here's a view of Davis with the roads installed and the rails painted: 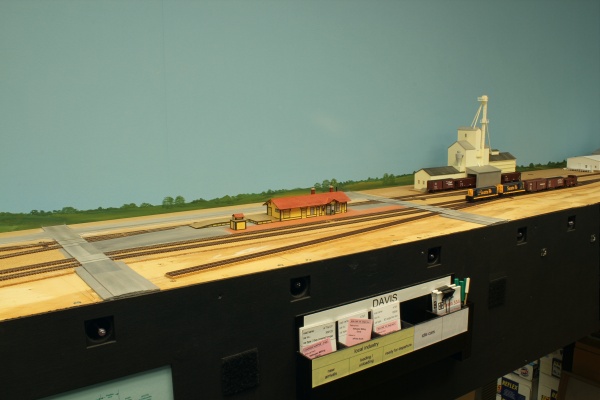 The rest of the tank cars that I had on order arrived today, and I wasted little time in replacing their pizza-cutter wheelsets with low-profile wheels, before putting the cars into service.

Here is the train, northbound at Davis: 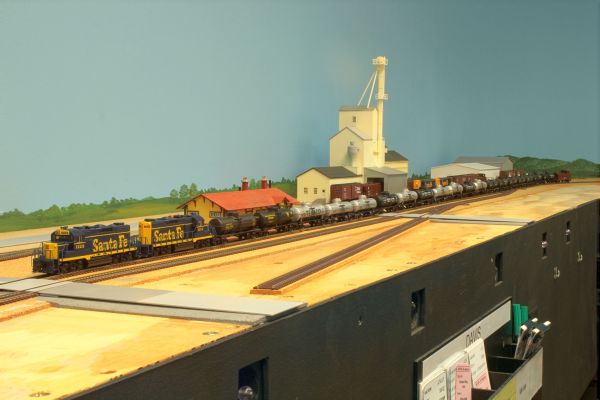 As you can also see in the photo, I've started painting the styrene roads with several shades of grey to represent asphalt surface that has been installed and repaired at different times. Once that's done, I'll glue it into place, and then do some more work on the surface with chalks and pencils.

Over the past few days I've been cutting and painting styrene sheet for the streets at Davis. The following photo shows the general arrangement, but I (then) still had to cut and fit the bits that will go between the rails: 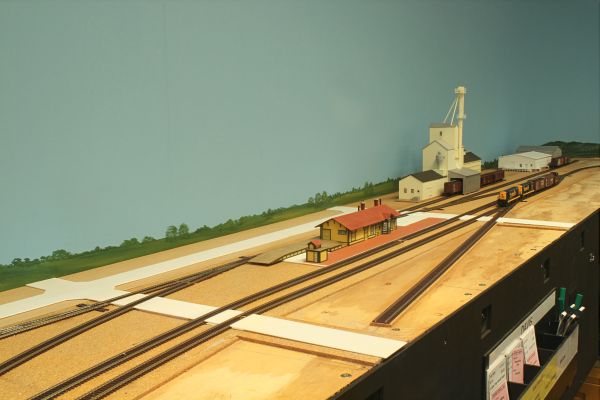 The photo also shows that I've cut and installed the brick sheet for the passenger platform at the Davis depot.

I was originally planning for all the roads to represent asphalt surfaces, but after spending some time "driving" around Davis on Google Streetview, I decided that the roads between the station and the backdrop will be concrete with kerbing. This photo shows those sections after I have scribed the gaps in the the concrete surface, and added the kerbing (which is 0.040" x 0.040" styrene strip). 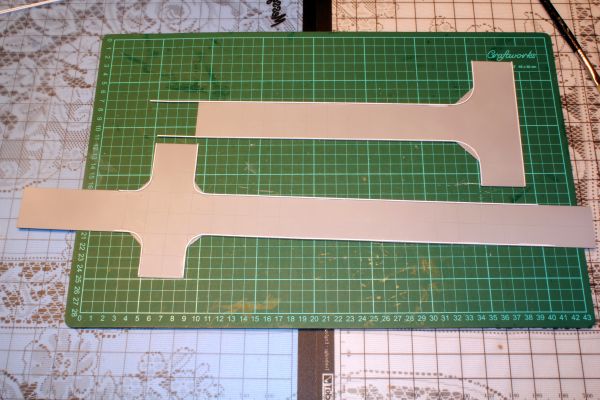 I still have to paint these sections a light grey to represent concrete.

I'm planning to put several buildings or building flats along the wall behind the depot, to represent the business district of Davis.

The two roads that lead off the aisle side of the depot have been painted in various shades of grey to represent asphalt that has been laid and repaired at different times. Once all the roads have been installed I will attack them with chalks to give them a well-used appearance.