Constructing the first tank-car loading platform was more challenging than I had expected, mainly due to my 63 year old eyesight.  After consulting with the guys, and on the recommendation of Darren, I bought a "headband magnifier" from Jaycar, before tackling the remaining two kits.  The magnifier worked a treat, and I'll get a lot of use from it in future.

The second kit went together with far less stress than the first, and came out a lot better.  By the time I'd finished the third I had developed some techniques which resulted in much better workmanship, and this third assembly is easily the best of the three.  After finishing the third kit I went back to the first and repaired the damaged access platform.

Here's how the three platforms look posed temporarilly on the 'concrete' at the refinery. 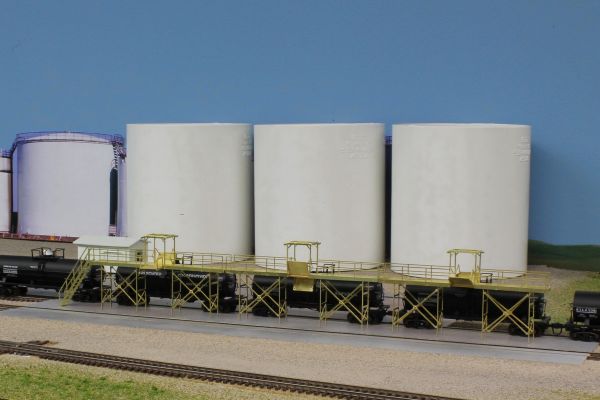 While positioning the platforms I found that on the first platform that I assembled (the one on the right) one of the access platforms had become glued into the horizontal position, and would not clear cars. While forcing it upwards, I broke the glue connection on one of the diagonal braces, which is why it looks crooked in the photo.

Here are some pictures of the refinery scene, with tank cars spotted along both sides of the platforms: 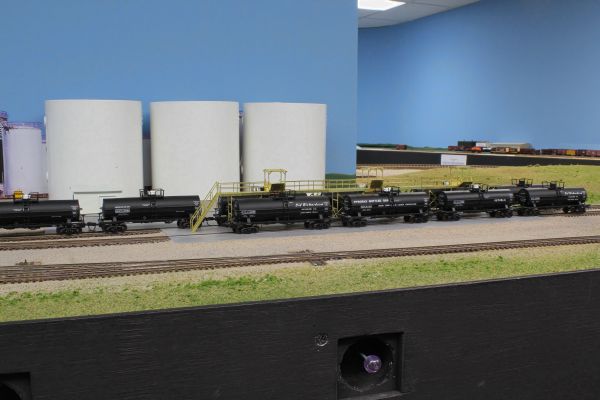 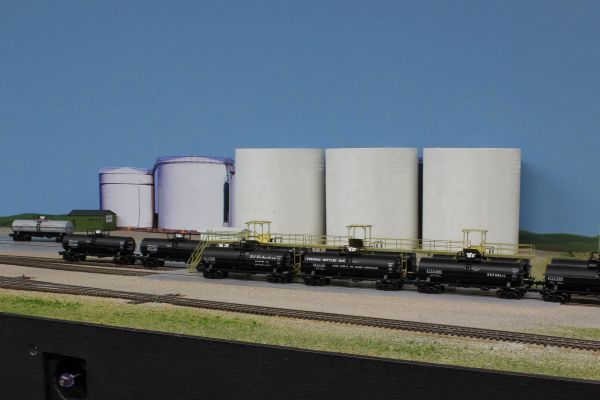 In answer to Rod's question against the previous post, I've decided to paint these platforms a grimy black, which seems to be appropriate for the era based on the few photos that I can find online.  I still need to add pipes and filling hoses and nozzles for LPG/propane.  TrainCat provides instructions for adding equipment for loading bulk oil, but I suspect that it is not appropriate for loading LPG.  If anyone knows where to get that equipment please let me know.